Filmmaker Karan Johar has not dabbled in the horror genre much, except for his first outing being Soham Shah’s directorial titled Kaal, in this genre. However, the filmmaker seems dead set on conquering the genre with his recent attempts: One of the short films on Netflix such as Ghost Stories, as well as his upcoming production Bhoot Part One: The Haunted Ship, starring Vicky Kaushal and Bhumi Pednekar. Recently, Vicky Kaushal was seen getting candid on Sony Entertainment Television’s The Kapil Sharma Show and spilling beans on the less known facts about Karan Johar and his film.

The Conversation continued when Vicky mentioned that he himself is very scared of ghosts and horror films. However, he believes that with this film he might be able to overcome his fear and try his hand at more horror films. 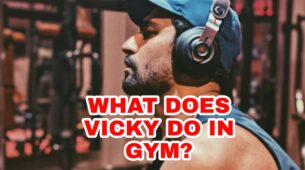