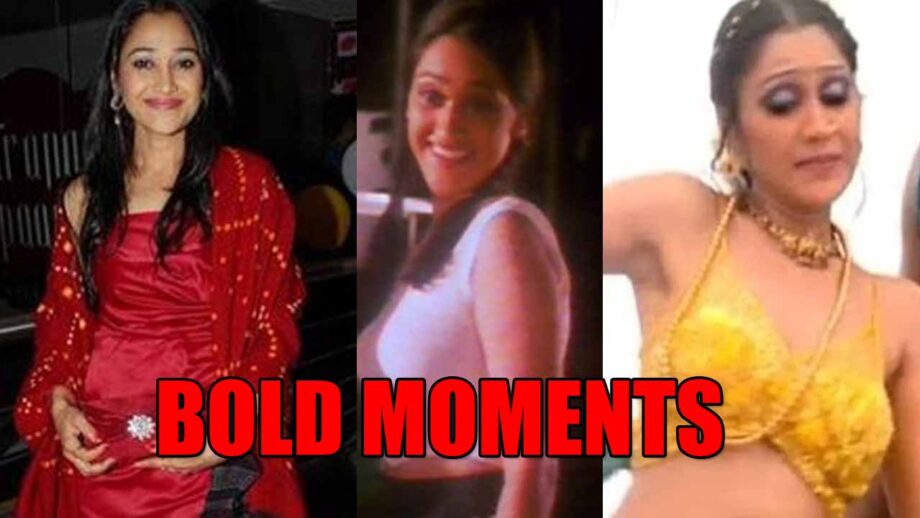 Disha Vakani, who is known for her iconic character Dayaben from the popular show Taarak Mehta Ka Ooltah Chashmah went on to become a sensation among the fans with viewers of every age turning into a fan of the actress’s spectacular acting skills and comic timing.

Disha is popular for her free-flowing Garba moves whenever the lady gets into a mood of excitement. He has become a household name now.

Although we have Disha in sarees in her TV show, there have been a lot of moments when the beauty had donned a bold avatar.

The actress is also the daughter of noted Gujarati theatre personality Bhim Vakani. She began her acting career as a child actress with her father. And soon she bagged a Hindi movie.

In the year 1997, she appeared in this small budget bold Bollywood drama, Kamsin: The Untouched directed by Amit Suryavanshi. The movie was released under the banner of Sai Baba Film. She played the lead role in the movie. The saree clad actress who is often seen shying away from getting close to her onscreen husband, Jethalal had once shed off the saree avatar and flaunted skimpy clothes. She also has done some intimate scenes in the movie.