Tujhse Hai Raabta is an Indian television series that airs on Zee TV. Sehban Azim and Reem Shaikh play the lead roles of Kalyani and Malhar on the show. The show focuses on the unspoken connections and bonds between people while focusing on the lives of Kalyani and Malhar. The couple falls in love but faces a lot of ups, downs, twists and turns their way.

Reem Shaikh is a television and film actress who is famously known for playing the role of Kalyani Malhar Rane in Tujhse Hai Raabta. She became a household name after playing the lead role in the show and has won many hearts since then. She plays the lead role alongside Sehban Azim, who is also an actor and model. He has worked in TV shows like Dill Mill Gayye, Ek Hazaaron Mein Meri Behna Hai, Humsafars, Thapki Pyaar Ki and Bepannaah and also worked in some short films. He is well known for his role of ACP Malhar Rane.

The Jodi of Kalyani and Malhar is loved by the audience of the show. The pair has stolen the hearts of the audience and has grabbed their attention. They have great chemistry and share a great bond off-screen as well. They spend a lot of time on sets and find ways to pull each other’s legs. They have fun on the sets and give their audience a sneak peek into their off-screen lives.

Here is how Sehban Azim pulled Reem Shaikh’s leg during their free time on the sets of Tujhse Hai Raabta. Enjoy! 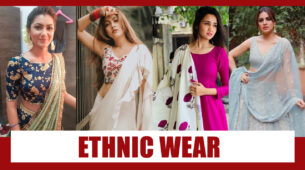