Then vs Now: The Evolution of Vivian D’sena | IWMBuzz
Subscribe Now
Television | Snippets

The journey you don't know The handsome hunk, Vivian D’sena is a famous Indian television actor. He is known for portraying the role of famous Abhay from Pyaar Kii Ye Ek Kahaani. He also starred in Madhubala-Ek Ishq Ek Junoon and Shakti-Astiva Ke Ehsaas Ki. He won the Indian Television Academy award for GR8! Performer of the Year (Male) in the year 2012 and Indian Telly Award for Best On-screen Jodi with Drashti Dhami in the year 2013. He kept winning awards to date and kept his promising acting live on-stage.

The all-time favorite actor won the hearts of millions of people with his dashing avatar of Abhay and his chemistry with Piya aka Sukirti Kandpal was loved by the audience. Also, Vivian is very fond of football since his father and mother were from a sports background. The actor married his Pyaar Kii Ye Ek Kahaani co-star Vahbiz Dorabjee but later both were divorced.

From playing a dashing and cool college boy Abhyas in Pyaar Kii Ye Ek Kahaani to cool superstar Rishabh aka RK in Madhubala, Vivian has come a long way.

After starring in the TV reality show Jhalak Dikhla Jha and Khatron Ke Khiladi, he played the role of Harman Singh in Shakti-Astitva Ke Ehsaas ki till recently. Also, Vivian went through a big physical transformation and we simply can’t take our eyes off him…right?

Which Vivian you like the most then or now? 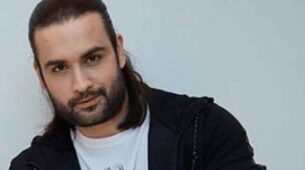