Child actor Ayaan Zubair Rahmani is happy to be doing a role that needs him to be super energetic. Star Bharat launched its most impactful Show ‘Chandrashekar’ which will truly hit the right strings. The show draws attention from the 8 year old kid who flawlessly plays the role of Chandrasekhar’s childhood – Ayaan Zubair Rahmani. The kid who started off his career in his early childhood, has a lot of plans ready for his future appearances and performances.

In a candid conversation, Ayaan says, he wants to become a stunt master like Tiger Shroff and as fit as Akshay Kumar. He has his goals set right from childhood. He is very excited to play the role of Chandrashekar, as it requires a lot of physical stamina, brave power and will help him be active and fit. He feels playing roles like these will help him reach closer to his goals.

Ayaan says, “I want to inherit acting qualities of Akshay Kumar and physical strength like Tiger Shroff. I have always loved watching movies of Tiger Shroff and Akshay Kumar. They are genuinely super energetic and inspire me to become like them too. The role of Chandrashekar is the closest to my heart as it inspires me to be strong, fit and give the best of my performance on screen.” 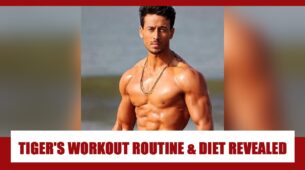