Yuvika Chaudhary, the girl known for her billion dollar smile, is presently over the moon!

She is an Indian actress who has appeared in Bollywood films such as Om Shanti Om, Summer 2007 and Toh Baat Pakki. In 2009, she also acted in a Kannada movie, Maleyali Jotheyali, in a lead role opposite Ganesh. In 2015, she was a contestant in Colors TV’s reality show, Bigg Boss 9.

She is now married to the very smart Prince Narula. The love story of Prince Narula, or shall we call him the ‘King of reality shows’, and Yuvika Chaudhary is a modern-day fairy tale. Their much-talked-about romance blossomed on the sets of Bigg Boss. The couple tied the knot quickly, and after several years, still have impeccable chemistry.

They both are very professional with each other on the set, whereas off camera, they are husband and wife.

Yuvika Chaudhary cut the cake in the presence of Prince Narula, who indulged in some goofiness and they all had fun.

To know what exactly happened, watch the video below. 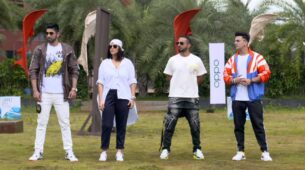 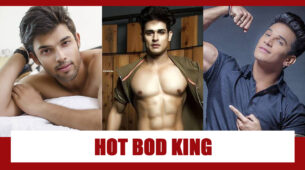 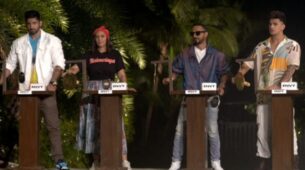 Iravati is one of the most powerful roles I have ever played: Monalisa on Namak Issk Ka