Amidst the high-voltage drama, Vanraj stands up for Anupamaa 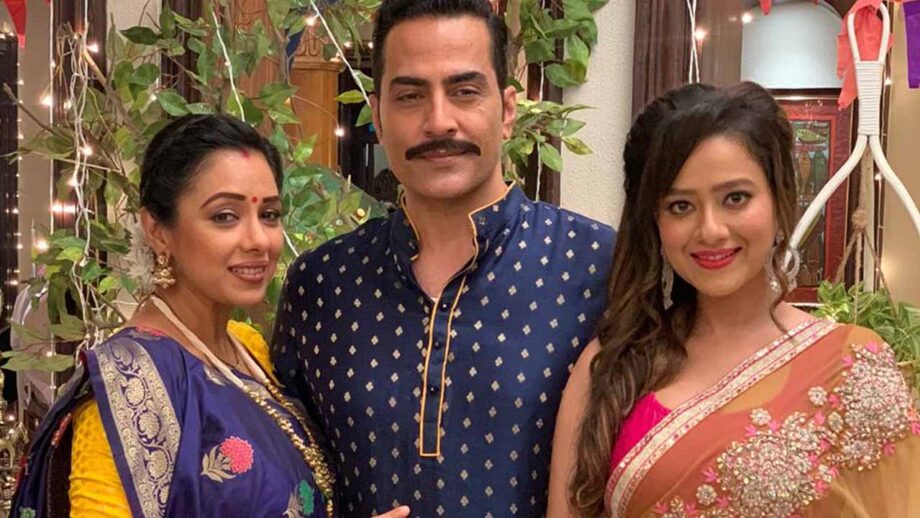 Rajan Shahi’s “Anupamaa” is getting interesting with every episode. While it started with the heartwarming story of a homemaker who is battling within the four walls of her house, it now focuses on her struggles with the outside world. And though her challenges doesn’t seem to end anytime soon, for the first time ever she will have her husband stand by her.

In the past couple of episodes we saw that the Shah family is occupied with Janmashtami celebration, and Paritosh’s lady love Kinjal also becomes a part of it. As the episode progresses we see that Kinjal’s mother Rakhi creates a big drama accusing them of influencing her daughter. She goes on to say that they are rich and the Shahs are using her daughter for money. She even says they don’t need a daughter-in-law but need a housekeeper to do the chores at home. She even questions Anupamaa’s education and capabilities. This doesn’t go well with the Shahs and Vanraj finally speaks up for his wife.

He says though his wife is not a graduate, she knows how to talk to people and how to respect people, which some educated people also don’t know. Interestingly, this is the first time Vanraj, who is totally ignorant of his wife otherwise, has spoken in favour of Anupamaa. While everyone in the family is happy about Vanraj speaking up for Anupamaa, Kavya seems to be shocked with this as she never expected him to say anything in support of his wife.

What follows next will be some high-voltage drama as Paritosh will be seen leaving the house blaming Anupamaa for everything that happened. Also, this whole incident will definitely affect Vanraj’s relationship with Kavya, but only time will tell how.

Don’t forget to watch the new episode to witness this new drama.