Will Vivaan’s identity as Baalveer get exposed on Sony SAB’s Baalveer Returns? Vivaan and Nakabposh are yet again on the crossroads as Timnasa’s (Pavitra Punia) evil plan to turn Earth into ice has put Vivaan’s (Vansh Sayani) supernatural identity under the threat of being exposed. Sony SAB’s Baalveer Returns is set to push the viewers on the edge of their seats as their favourite superhero’s Baalveer and Nakabposh (Dev Joshi) fight another dangerous battle.

Timnasa in a bid to draw Nakabposh out, creates an atmosphere so cold that everything starts turning into ice. With Nakabposh on a mission to find the clues to discover the ultimate weapon that can kill Timnasa, Vivaan now is left to fight this battle all by himself.

Before leaving to find the real source of the problem, Vivaan makes Dooba Dooba (Shridhar Watsar) take his form and be at his house, so his mother, Karuna and his family do not get suspicious.

A suspicious Timnasa starts getting restless when Nakabposh and Vivaan do not show up for the fight and later learns that it is Dooba Dooba who has taken Vivaan’s form. She threatens Dooba Dooba saying if they do not present themselves in front of her, she will expose Vivaan’s real identity as Baalveer in front of his family and entire Bharat Nagar. Time is running out as the earth is turning into ice.

What will Vivaan choose? To save himself from being exposed or save the world from turning into ice?

Pavitra Punia, essaying the role of Timnasa said, “Timnasa is the ultimate evil mastermind in Baalveer Returns. She has still not found out who is Nakabposh. In a quest to find defeat Nakabposh, Timnasa has not planned a scheme which neither Baalveer nor Nakabposh can defeat. It is like a double-edged sword where they are bound to lose in one way or the other. It has been really exciting to shoot the upcoming episodes and I am sure our viewers and fans are going to enjoy it.”

Vansh Sayani, essaying the role of Vivaan and Baalveer said, “Vivaan is at a major crossroad as he does not know how to save the world and at the same time stop Timnasa from exposing his supernatural identity in front of everyone. The challenges in front of Baalveer has intensified and the upcoming episodes will be a test for Vivaan which he needs to pass. It will be exciting to see how he finds a way out of this challenge. So, keep watching Baalveer Returns.”

Also Read: I give special attention to everyone I see, meet and talk to: Dev Joshi of Baalveer Returns 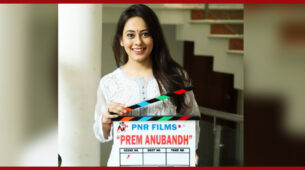 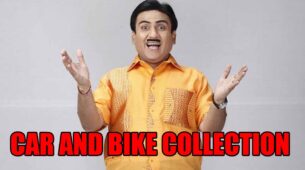 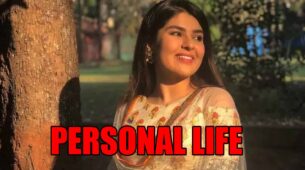