Bigg Boss 14 will see two chosen contestants showing intimacy as they get locked up in a pinjra.

The game inside the Bigg Boss house is now at its peak as each contestant tries to outperform the other to stay in the house. The housemates are emotionally always on the edge now, and new relationships are forming while some older ones are falling apart.

Pavitra and Eijaz seem to have come very close to each other and the two have confessed their mutual liking for each other. In fact, Eijaz even tells Aly that he is falling for Pavitra. On the other side, Pavitra is seen confessing to Nikki that while she really likes Eijaz, she wants to be sure whether she can actually love him as she has been hurt in her relationships in the past.

To spice things up, Bigg Boss introduces two life size ( cage) pinjras, and the contestants are all shocked. The twist in the tale occurs when Bigg Boss announces that the housemates themselves have to choose 2 contestants who they want to lock up in the cages. Kavita immediately announces that she wants to see Eijaz and Pavitra inside the cage and says that the two love birds need to be close to each other and hence need to be locked in. Eijaz takes up for Pavitra and tells Kavita that her decision to choose Pavitra is unfair. Kavita and Eijaz again lock horns and Kavita blames him for using his personal life to gain sympathy from others to get ahead in the game. Eijaz and Abhinav also clash during the nominations when Eijaz accuses him of triggering him every time.

Next up, Nikki says that she wants Jaan to go inside the cage. She says that Jaan kissed her on the cheeks when she said she did not want any kisses from him. Aly takes up for Nikki and tells Jaan that he cannot be disrespectful towards a woman. Jaan denies this and says Nikki, too, had kissed him before. Nikki and Jaan, who were once very close, now seem to be drifting apart as the game gets tough. The tasks and the mental pressures of playing the game definitely seem to be taking a toll on their relationships. Also, the housemates are supposed to get some gifts for Diwali. It remains to be seen whether everyone will get some personal gifts from their families.

Will Pavitra and Eijaz, who are now closer than ever, be able to take their relationship to the next level? Which two housemates will languish in the Pinjra? Will Jaan and Nikki ever manage to patch things between them? 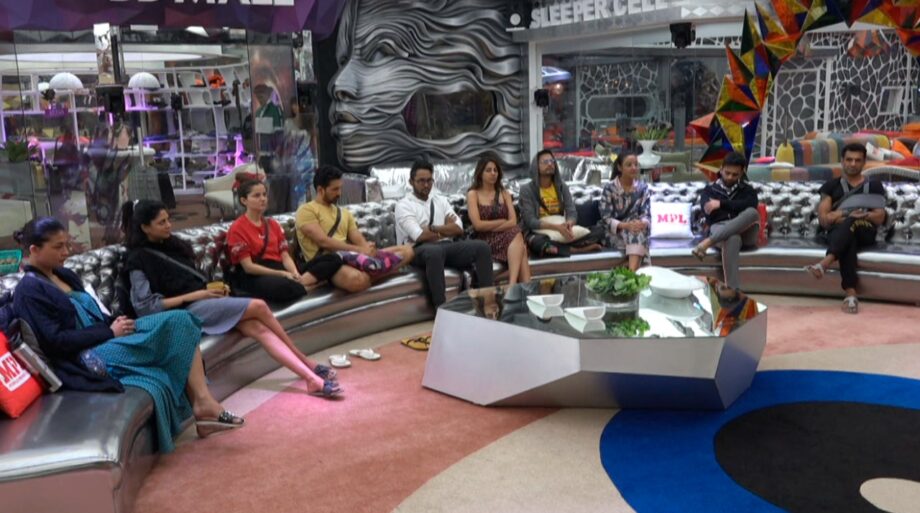