Who will pass the endurance test in Bigg Boss 14? Kavita or Jasmin? 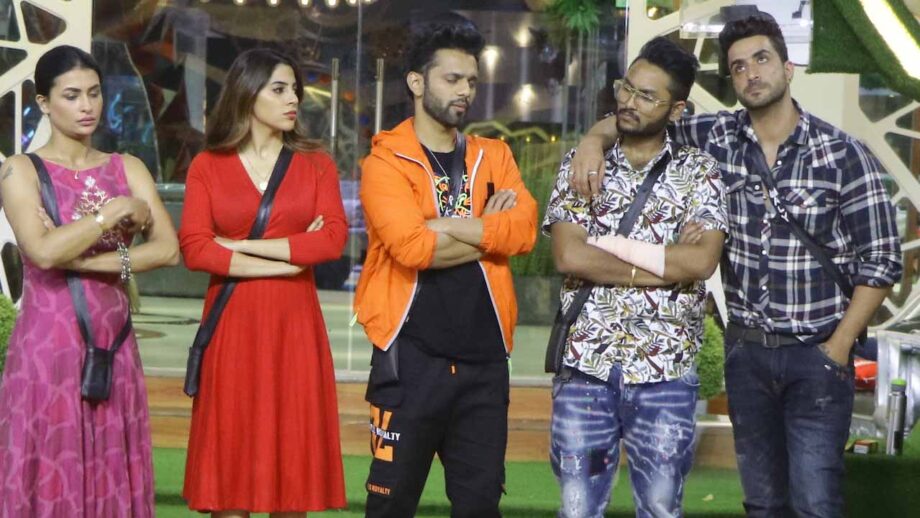 Bigg Boss is becoming a sort of an endurance test for the contestants! The previous night was indeed a long one for those competing for the captaincy task in Bigg Boss. In the hunt of the new captain of the house the contestants were put inside a box in the garden area to test their endurance. In the beginning of the task, Aly gave up and Eijaz followed him. The two contestants who didn’t give up were Kavita and Jasmin. Jasmin and Kavita become very determined and the task goes on for more than 24 hours! Rahul Vaidya, who is the Shanchalak of the task, also stays up with the competitors. The next morning starts with a tiff between Kavita and Jasmin wherein she claims that she deserves to be the captain of the house. This statement doesn’t go well with Kavita and she starts calling her ‘Badtameez Captain’, hearing that Jasmin didn’t hold back her emotions and started taunting Kavita.

On the other hand, Rubina tries to explain to Abhinav how they should try to help Jasmin by provoking Kavita to quit the task. Abhinav refuses to support Rubina in this strategy and he tells her to not stoop down to do any task and just observe what others are doing. The argument continues when Rubina said that why should we be the ones to rile up things?. Abhinav decides not to adhere to Rubina’s suggestion and walks off from the conversation. Rubina gets upset with Abhinav’s behaviour and they decide to play their individual game. Will this be a beginning to a new chapter in this couple’s life?

Later in the day Bigg Boss announces that it’s been more than 24 hours for the task to start and it is Rahul’s decision to declare the deserving winner. Rahul starts analysing the task and the activities done by the competitors. The fellow contestants get into an argument with Rahul on how one of the boxes was lifted in the middle of the task. Some contestants blame the Sanchalak as being unfair, while some are trying to explain the scenario to them. Will Rahul be able to take a fair decision or will he support Jasmin?

Who will be the new captain of the house?