As viewers are aware Rahul made a nepotism comment against Jaan Kumar Sanu.

Tonight, Salman tells Rahul that Bigg Boss isn’t the platform where discussions about this topic should be had.

He lashes out at the young singer and Rahul stays silent. 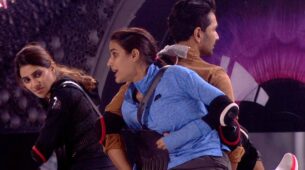