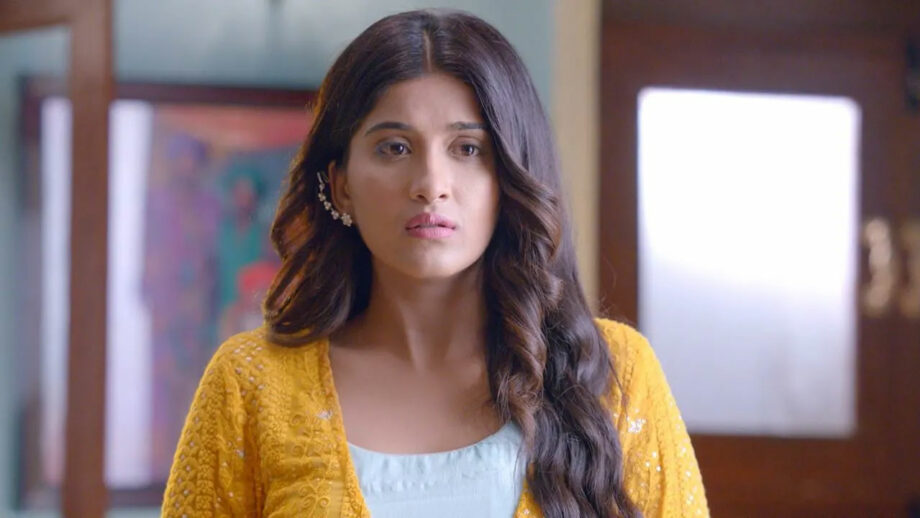 Colors’ latest fiction offering Choti Sarrdaarni produced by Cockcrow and Shaika Entertainment has seen quite a lot of drama happening in the last few weeks. The show never fails to impress the audience with its exciting twists and turns.

We earlier reported about the brutal death of Manav (Hitesh Bharadwaj) and the struggle that Meher (Nimrat Kaur) is going through in order to save her unborn kid. Furthermore, Meher is being forced by her family to marry Sarabjit (Avinesh Rekhi). Meher has agreed to marry Sarabjit. However, she gets flashes of Manav and she dreams about him being present around her.

Later, the cops come at Meher’s place and start inquiring her about Manav and his death case at Meher and Sarabjit’s Haldi ceremony.

Now, in the coming episode, When relatives try to put Meher Haldi, she refuses to be part of her own Haldi and leaves from the place. Kulwant gets annoyed with Meher’s behaviour and she follows her and drags her to the ceremony back. Later everybody puts Haldi on Meher and completes the ceremony.

Later, on the day of engagement, Meher goes missing from her room. Kulwant, Bittu and Rana get stressed about the same and Amrita also get to know about Meher’s disappearance.

Will Kulwant manage to find Meher?

We buzzed artists from Choti Sarrdaarni but could not get through to them.