Ek Duje Ke Vaaste 2 the Sony TV show produced by StudioNEXT has been entertaining audiences with interesting twists and turns.

As we earlier reported about Shravan putting down his feelings on a piece of paper. However, Bunty arrives and asks him to burn it to feel better but a part of the paper that has ‘I love you’ written on it flies on Suman’s terrace and she picks it up.

Now, in the coming episode, Suman is about to read the paper when Shravan’s mom calls her and tells her that she knows the girl Shravan loves is from the study group, this shocks Suman.

Later, in group study Kavita ends up coming and asking Shravan in front of Suman about his lover, Shravan takes Devika’s name. 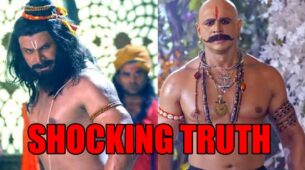