As per the plot, Vijay calls Suman and Shravan and awards them the best male and female cadets. Later, Shravan’s family throws a surprise birthday party for him, later Suman sneaks in his room and shows him the SuVan tattoo she got engraved on her neck.

Meanwhile, Suman’s family finds out that she isn’t in her room. Vijay comes to Malhotra house looking for her. Families catch both of them sharing a cozy moment. Vijay decides to send Suman to Pune and Devraj decides to send Shravan to America.

Now, in the coming episode, Suman expresses her grief to her father for separating her from Shravan and tries to convince him. Shravan also revolts in front of her father. However, both refuse. Hence, the two decide to meet for the last time as they might be separated forever.

Will they ever reunite? 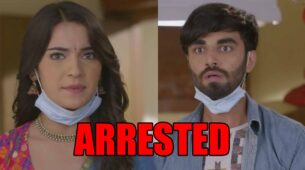