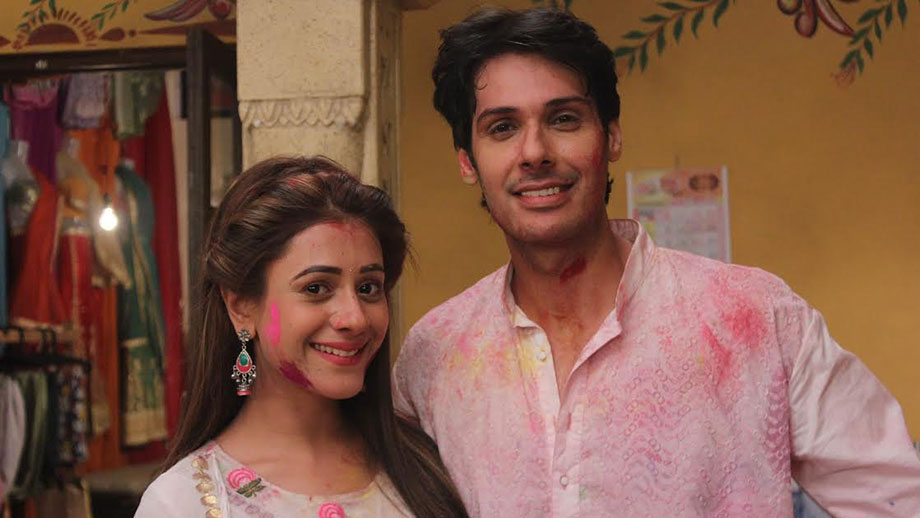 Sony SAB’s Jijaji Chhat Per Hain has continued to remain a favourite amongst the audiences with the hilarious hit & miss and pranks exhibitted in the show. In the upcoming track, Elaichi, Pancham and the entire family is in colourful spirit to celebrate Holi with each other, however there are some problems coming in between their excitement.

As the festival of Holi is nearing, Pancham and Pintu plan to surprise Sunita and Elaici by getting gifts for them. In order to ask Murari some money for the same, they lie about Pancham’s Nani’s demise. However, Pancham and Pintu fall into their web of lies as Murari rather announces not to celebrate Holi due to Nani’s demise. Upset with the news of not being able to celebrate Holi together, Elaichi now plans of making Murari believe that Pancham’s Nani is alive as they make Lalit disguise as Nani. Now convinced, Murari plans to visit Meerut with Elaichi and Karuna to celebrate Holi.

Will Elaichi and Pancham manage to celebrate the festival of colours together?

Nikhil Khurana, playing the role of Pancham said, “Pancham is in full Holi spirit and wants to gift Elaichi something. However, with his attempts, everything seems to go wrong making it difficult for Pancham and Elaichi to celebrate this festival together. It will be fun for the viewers to watch the two struggle and also celebrate the festival with us.”

Hiba Nawab, playing the role of Elaichi said, “Elaichi is super excited for Holi and especially to celebrate it with Pancham. However, it has become difficult to do so as he father has made plans of taking her to Meerut for the festival. The viewers are going to enjoy as Elaichi uses her naughty brains to try convincing her father.”

Keep Watching Jijaji Chhat per Hain Monday to Friday at 9:30PM only on Sony SAB