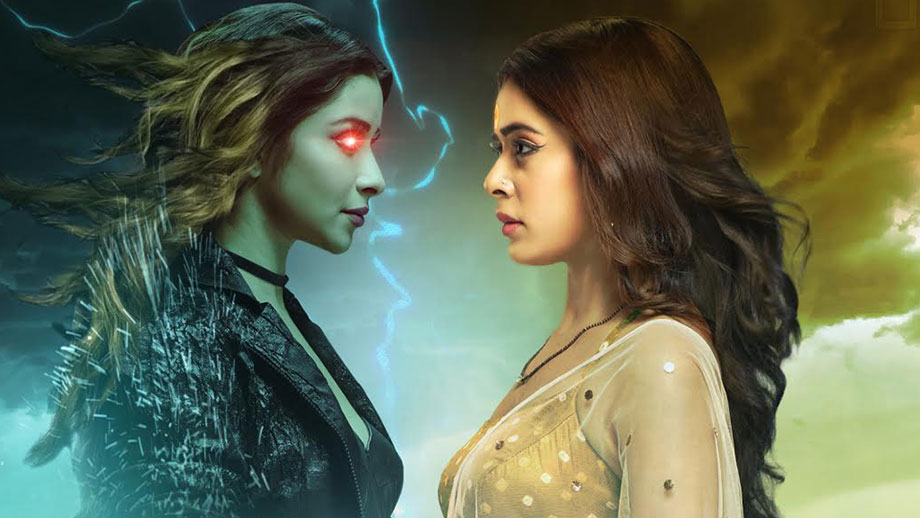 StarPlus’ show Divya Drishti has been garnering immense popularity and love from its viewers due to its unpredictable storyline, amazing graphics and VFX. The ongoing storyline is keeping the audiences hooked to their seats. Divya Drishti is a tale of two sisters Divya and Drishti who have superpowers. Divya has the power to change the future whereas Drishti has the ability and the vision to foresee the future. Now the viewers will see a major twist in the upcoming episode as these sisters are in for a major Face off as Divya has turned negative and is all set to destroy her own sister Drishti.

Nyra Banerjee who is playing Divya in Divya Drishti has turned into a badass Pisachini after she and her reel sister Sana Sayyad aka Drishti killed Pisachini. After the death of the evil Pisachini, Divya has gained all the evil powers and her bad energies. Divya’s sole motive is to kill and destroy her very own sister Drishti in the upcoming track. The viewers will soon see a huge faceoff between the two sisters Divya and Drishti who will fight against each other. Who would have thought the sisters who were trying to find each other throughout their childhood will now turn enemies and fight for themselves. Divya who has been the sweet sister will soon turn an evil Pisachini to plan her sister’s death. Nyra shares, “I am thrilled to be receiving so much love from my fans after turning into a negative character. It feels great that the experiment I tried to show case turned out to be extremely good. I promise that in the upcoming track the viewers will witness a high voltage drama, lots of entertainment.” As the audiences have shown so much love, we bring you the Maha episode of “Divya Drishti” this Saturday and Sunday i.e 25th & 26th May from 7 pm – 8:30 pm. So watch out for that extra 1 hour of entertainment and lots of Drama.

It will be interesting to see who wins this battle, Good or the Evil?