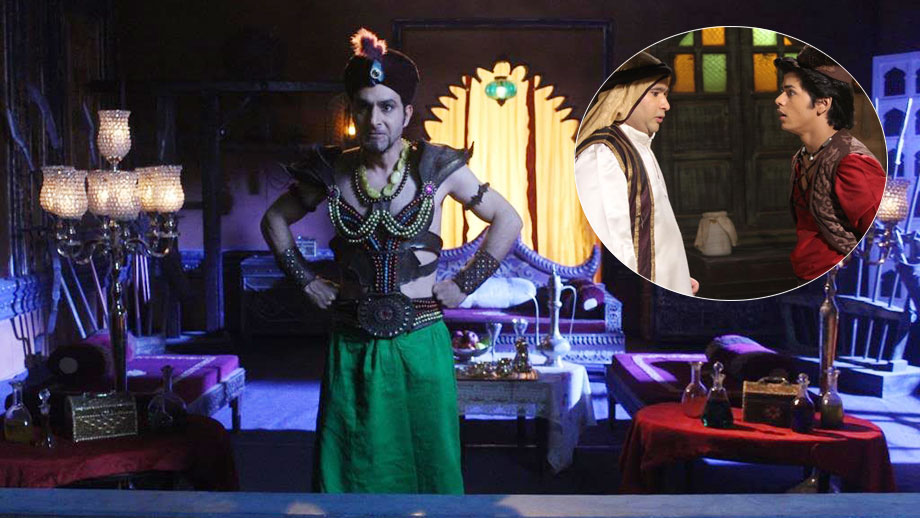 SAB TV’s Aladdin: Naam Toh Suna Hoga has garnered immense love and appreciation from the audiences due to its fascinating and gripping storyline. The show has reached another level with the unveiling of the Genie of the Ring (Pranit Bhatt).

While Genie of the Ring, Aladdin (Siddharth Nigam) and Ginu (Raashul Tandon) come face to face for the first time, Genie of the Ring threatens Ginu to destroy his family and Baghdad for supporting Aladdin. This leads to him possessing people of Baghdad and causing terror amongst them. On one hand, the entire city suspects the presence of an evil entity whereas on the other hand, Omar (Gireesh Sahedev) and Aladdin start training Ginu in order to save him and everyone else from the wrath of Genie of the Ring. However, with all this havoc, Ginu is worried about his identity being revealed in front of Ammi (Smita Bansal) and the others.

Raashul Tandon, playing the role of Ginu said, “Ginu discovered Genie of the Ring to be his brother but has now been challenged by him of being destroyed, along with the city of Baghdad. As Ginu prepares to fight him, it will be extremely thrilling for the audiences to watch as their beloved Ginu tries to save his family and the city. What events unfold as Genie of the Ring and Ginu prepare for the fight is going to have the viewers glued to their screens.”

To know more, watch Aladdin: Naam Toh Suna Hoga every Monday to Friday at 9 PM only on SAB TV