Guddan Tumse Na Ho Payega will see a huge twist in which Choti Guddan will get pregnant. While we know of Agastya writing his letter of confession and Guddan forgiving him, the truth remains that Pushpa had replaced the letter and the fact is that Guddan does not know the truth.

To add more to it, Pushpa will give Agastya and Guddan spiked milk under the influence of which the two of them will get physically close in love and consummate.

And then after few weeks, will arrive the biggest happiness.

As per a reliable source, “Choti Guddan will get pregnant and Agastya and Guddan will be extremely happy about it.”

Will their happiness be short-lived?

We buzzed actors of Guddan Tumse Na Ho Payega but did not get through.

Also read, Misunderstandings to bring in a new twist in Choti Guddan and Agastya’s lives 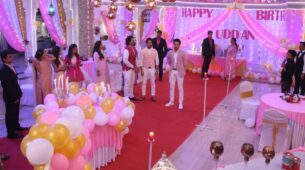