Hamari Wali Good News the Zee TV show produced by Bodhi Tree has been consistently coming up with unpredictable twists and turns that keep viewers hooked to the ongoing episodes.

Loyal viewers of the show witnessed Aditya and Nitya wish to become parents.

Now, in the coming episode, Nitya will meet with an accident.

Shares a source, “Nitya will be standing outside her home. Soon, the kids playing in the area would start a fight and during this fight, a kid will push Nitya and she would fall. Nitya will get injured and would be rushed to the hospital.”

What will happen when Aditya would learn about Nitya’s accident?

To know what happens next on Hamari Wali Good News, watch the premiere episode on ZEE5 Club before TV!! 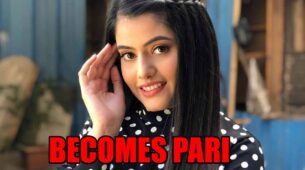