The current story track of SAB TV’s Sajjan Re Phir Jhooth Mat Bolo is keeping the audience glued to the screen.

Audience witnessed, Kundan (Kushal Punjabi) entering the Lokhande house. He is a hurdle between the blossoming love story of Jay (Hussain Kuwajerwala) and Jaya (Parvati Vaze). In a series of incidents where Jay tries to win Jaya back, she chooses Kundan over Jay which leaves him heartbroken.

In the upcoming episode, we see Jay will try to reveal Kundan’s reality. He would chalk out a plan along with the entire family to expose the boy in front of Jaya.

Later, Jaya will learn about Kundan’s real motives behind getting married to her and will break all the ties with him.

This is how Jay will get another chance to win Jaya’s heart in the show.

Will Jay win over Jaya’s heart? 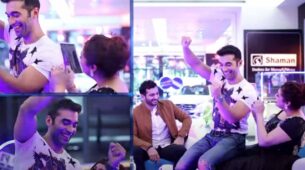