Kanak will try her best to find out about the mysterious guy with Maasi Maa in Star Plus’ Tu Sooraj. The entry of Ishqbaaaz actor Ayush Anand in Star Plus’ popular show Tu Sooraj Main Saanjh Piyaji (Shashi Sumeet Productions) will create an intrigue into the past life of Maasimaa (Sadiya Siddiqui).

The ongoing track has witnessed how Maasi Maa stealthily hid her son while he was at home to meet her.

In the coming episodes, Kanak (Rhea Sharma) will spot Maasi Maa with this boy at different occasions outside the house.

Hence she will want to find out more about Maasi Maa and the boy’s connection. She will suspect him to be Maasi Maa’s son, but this boy will have a specific mark on his forehead which the picture of her son with Maasi Maa at home, will not have.

In the coming episodes, Uma (Avinesh Rekhi) will ask Maasi Maa to do the mukti pooja for her son.

However, as a plan to expose Maasi Maa’s past, Kanak will convince Uma to give an advertisement in the paper stating that Maasi Maa has met with an accident.

Will Maasi Maa’s hidden past come out? 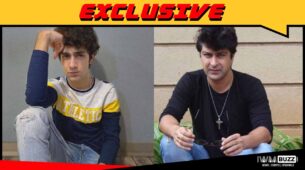