As per the plot, Rhea feels betrayed and tells Pragya that she hates her. Soon, she breaks all ties with Prachi and Pragya and asks them to leave the house.

Now, in the coming episode, Abhi notices the change in Rhea’s behaviour towards Alia and confronts Alia, blaming her for Rhea’s disturbed state. Alia holds him responsible as he kept Rhea deprived of a mother’s love by not remarrying. Soon, Rhea puts a shocking condition to Abhi and asks him to marry Meera. 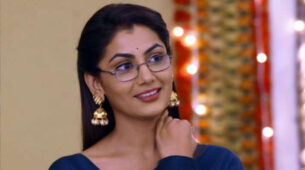