Popular Zee TV show Kundali Bhagya produced by Balaji Telefilms has seen quite a lot of drama happening in the last few weeks. The show never fails to impress the audience with its exciting twists and turns.

As per the plot, Preeta’s (Shraddha Arya) marriage wherein Sherlyn (Ruhi Chaturvedi) has come with the plan of accusing Preeta of stealing a necklace. With Preeta being taken to her house to look for the necklace by the police, there is huge tension at the marriage venue. Preeta will be caught red-handed as Sherlyn would have placed a duplicate necklace at Preeta’s home which will be got by the police.

However, when Preeta will be about to get arrested, Rakhi Luthra (Anisha Hinduja) will come and stop the police. She will bring the real necklace that she has at the Luthra house and will tell the police that Preeta has not stolen it.

On the other hand, we have also witnessed Karan (Dheeraj Dhoopar) is eager to marry Preeta to seek his revenge.

What could be his master plan through which he can marry her? 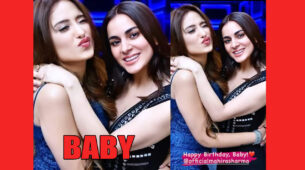