Kundali Bhagya will see Karan and Preeta being separated by destiny once again. What is written in their fate? Kundali Bhagya the popular Zee TV show produced by Balaji Telefilms has once again seen the shocking twist of Karan (Dheeraj Dhoopar) getting into the bad books of Sarla (Supriya Shukla).

Yes, the sequence was heart-breaking when Sarla went on a slapping spree and Karan just did not have an answer but was pained for not being successful in saving Preeta.

With Sarla believing in what Sherlyn (Ruhi Chaturvedi) said, she feels that Karan never wanted Preeta to get out of jail and planned the whole thing along with Mahira (Swati Kapoor).

Now that destiny has once again separated Karan and Preeta, do you think Preeta will also believe in what her mother believes?

Will we see Preeta getting a 10 years jail term? Or will any miracle save her? 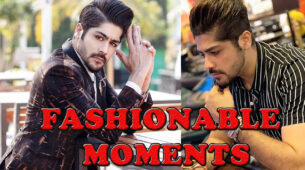