The audience is aware that Sherlyn and Mahira convince Kareena to force Preeta to eat something and spoil her fast. She enters the room with some food for Preeta. Karan takes the dish and insists Preeta to eat. However, Preeta refuses to break her fast.

Now, in the coming episode, Sherlyn pretends to be poisoned. Mahira claims that ‘Sargi Ke Ladoos’ had poison. Soon, Sherlyn accuses Sarla of trying to kill her child. Karan and Rishabh get shocked.

However, this entire poison drama is created by Mahira’s mother Ramona.

Will Preeta manage to prove her mother’s innocence? 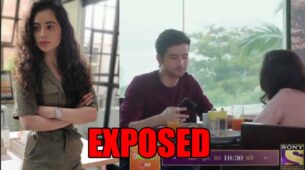