Zee TV show Kundali Bhagya produced by Balaji Telefilms has weaved the upcoming sequences with lots of dramatic moments to entertain their viewers.

As seen so far, Karan asks for Preeta to be called at the wedding dais. She comes there and sees his and Mahira’s wedding. Later, the marriage gets delayed for a while due to a lack of the alliance cloth.

Now, in the coming episode, Karan will confront Preeta. He would tell that he knows that she is pretending to be happy but is very upset with the wedding. The two will have a hearty conversation.

On the other hand, Sherlyn will come up with a new plan to kill Mahesh and will share the same with Mahira. 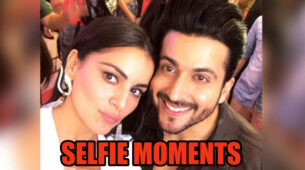