Naagin – Bhagya Ka Zehreela Khel will see Brinda having a tough task of choosing between love and revenge. Read here. Naagin – Bhagya Ka Zehreela Khel the Colors show produced by Balaji Telefilms is back in the reckoning and so is the thrilling drama from the Naaglok to entertain you all.

The storyline so far has seen Maanyata (Sayantani Ghosh) all set to get back her Naagin avatar after 25 long years. And she also hopes to see her daughter Nayanthara (Nia Sharma) get her Naagin avatar for the first time.

However, the fact is that instead of Nayanthara, it is Brinda (Nia Sharma) who has got her Naagin avatar on her 25th birthday.

We have so far seen the growing rapport of friendship between Dev (Vijayendra Kumeria) and Brinda. However, now with Brinda being the daughter of Maanyata, she ought to seek revenge from Dev in order to win the trust of her mother.

Will love conquer Brinda’s motive of revenge? Or will Dev’s goodness prevail over Brinda’s revenge-seeking intentions?

However, we look forward to this battle of the minds between Dev and Brinda as Brinda is all set to take over the reins of being the Naagin who is all set to conquer and defeat the evil.

Will Brinda choose love or revenge? 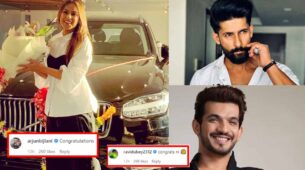