Naagin- Bhagya Ka Zehreela Khel is loved for the fascinating traits that its lead characters Maanyata, Brinda, Nayanthara, Vish have. Naagin Bhagya Ka Zehreela Khel the Colors show of Balaji Telefilms has seen quite a lot of interesting twists that have kept viewers engrossed to the tale.

All started with viewers enjoying the revenge mode attitude of Maanyata (Sayantani Ghosh) which has only increased with every passing episode.

While viewers were given the impression of Nayanthara (Jasmin Bhasin) being the daughter of Maanyata, that was later negated with the revelation of Brinda (Nia Sharma) being her real daughter.

Nayanthara who appeared as the dutiful daughter of Maanyata suddenly developed traits of being jealous when she got to know of Brinda being the real daughter. The feeling of losing her mom to Brinda made her wicked.

She went to the extent of killing Brinda. And now with Vish’s entry, Nayanthara has joined hands with her to seek revenge.

On the other hand, we have Brinda getting to know of her Naagin abilities and the goal of taking revenge has made her strong.

It will be interesting to see how these prime characters of Maanyata, Brinda, Nayanthara and Vish go about playing their parts.

Which of the traits in these characters do you like the most? 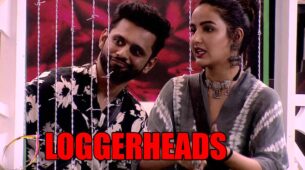