In the coming drama, Madhav holds Swara, Brinda’s adoptive mother at gunpoint. He plans to kill her if Brinda doesn’t allow him to run away. Amidst this drama, Madhav also learns that Brinda is a naagin.

He runs away and decides to tell the truth to Vrushali about Brinda’s truth. 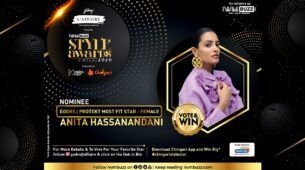