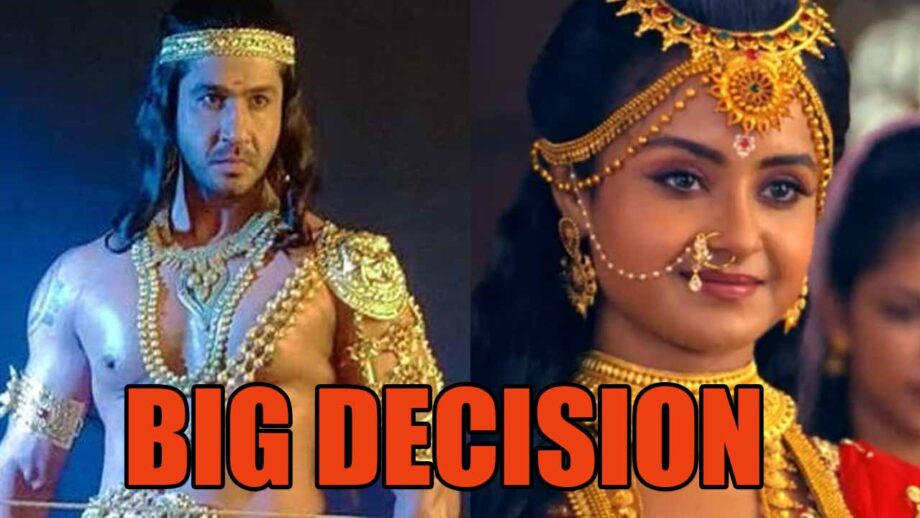 As we reported earlier, Arjun (Kinshuk Vaidya) and Draupadi feel drawn to each other at the temple while Krishn (Sumedh Mudgalkar) brews a clever plan to make Arjun participate in the Swayamvar. He is persuading him on how he should participate in the swayamvar.

Now, in the coming drama, Karna (Malhar Pandya) pledges to hand Draupadi (Ishita Ganguly) over to Duryodhan after he wins the Swayamvar.

Later, Krishna warns Karna regarding the consequences of this undying loyalty. The consequences would be that he will be burdened until his death and guilt-driven by Duryodhan.

Also Read: RadhaKrishn spoiler alert: Arjun and Draupadi to get attracted to each other