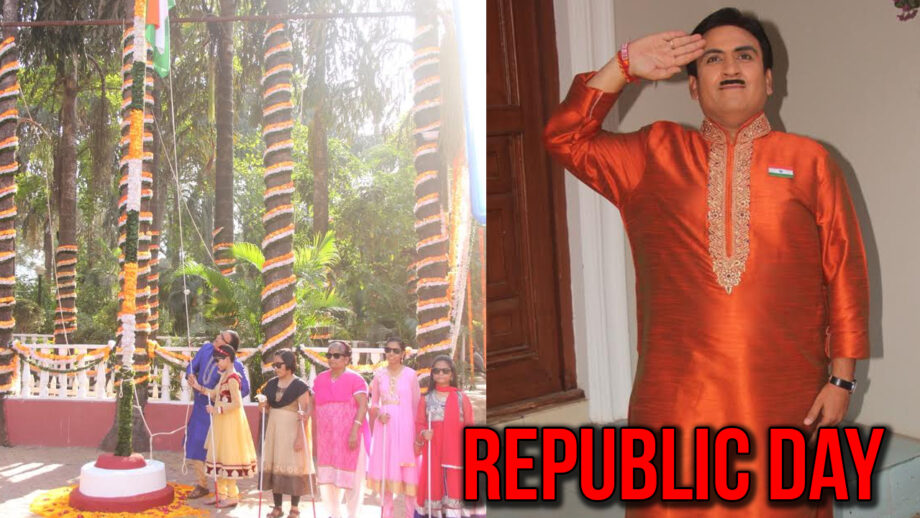 Taarak Mehta Ka Ooltah Chashmah’s Gokuldham Society has come to be acknowledged as the mini representation of India with a diverse set of people residing together in harmony and love. Over the years, residents of the Society, through the show, have spread the message of co-operation and unity. In today’s fast paced life where we tend to live in the virtual world of social media, the show is a beacon which helps calm the mind and have a hearty laugh.

“Tapu sena is mighty excited about Republic Day. This is a day to remember our heroes who ensured that India will have its rightful place in the world. India, like our Gokuldham Society is proud to be a young and vibrant democracy. We as a nation are taking rapid strides to be among the top world powers and we are as proud of our progress as we are of our heritage,” says Palak Sidhwani who plays the role of Sonu in the show.

“Belonging to the scientific fraternity, I am immensely proud of India’s achievements over the last 70 years. The latest announcement by ISRO of planning to send a human robot – Vyommitra into space as part of the Gaganyaan mission is another such development. Our Republic has allowed us to lead our lives as a progressive society and united, we contribute towards its prosperity. Our Gokuldham Society is a representation of a similar unity which inculcates the vision of harmony and values based society,” says Tanuj Mahashabde who plays the role of Mr. Iyer.

“Our young country celebrates its 70th Republic Day this year and everyone is acknowledging India’s achievements in various fields across the spectrum. We in Gokuldham Society reflect a mini India, where people from different backgrounds, cultures and languages live together to form a vibrant social milieu. Unity in diversity is our biggest strength and we should utilize each other’s unique talents for the greater good of the nation. Over the years, it has been our endeavor to spread the message of unity and harmony through our show Taarak Mehta Ka Ooltah Chashmah amongst our viewers,”  says Dilip Joshi who plays the role of Jethaa Lal.

“This century belongs to women, who have finally claimed their rightful place in the progress and development of the country. Women are making immense contributions to every field and breaking barriers every day. I too have, in my own little way, become an entrepreneur by putting my skills of making pickle and poppadum. It is this, that our great Constitution provides every citizen to pursue their choice in life. India is a young democracy and the role of women will only increase from here on,” says Sonalika Joshi who plays the role of Madhavi.