The ever bumbling Jethaa Lal is being bombarded with spam calls from a tour operator since morning trying to sell him a tour to America. Jethaa Lal gets highly irritated with them and despite repeated requests a lady keeps insisting that he should speak to her superior, one Mr. Pandey. Following this Jethaa Lal receives a call from Inspector Chalu Pandey’s police thana saying that Pandey ji would like to speak to him. In a comedy of errors Jethaa Lal thinks that this is the same Pandey from the tour operator’s office and speaks very rudely to him. The call which was on speaker mode is heard by everyone in the police station and they are aghast at the manner in which Jethaa Lal is speaking to a senior inspector. Feeling insulted Chalu Pandey insists on speaking to Jethaa Lal and asks the cops to connect to his shop. There they speak to Bagha and apprise him of the situation saying Chalu Pandey is very irritated with Jethaa Lal since he kept disconnecting their calls and finally when he did connect spoke very rudely to them.

Bagha frantically tries to convey the message to Jethaa Lal who is trying to take a lift from Babeetta and keeps disconnecting his calls too. Finally when they get through to him Jethaa Lal realises his faux pas and himself calls Chalu Pandey at the police station. Chalu Pandey insists he wants to meet him at the shop and this leaves Jethaa Lal fretting about the outcome of the meeting. 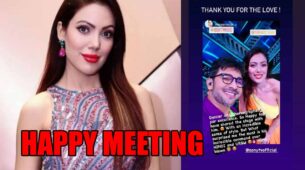