The upcoming episode of Taarak Mehta Ka Ooltah Chashmah, produced by Neela Film Productions Private Limited that beams on Sony SAB, will see Jethaa Lal land in a soup again while showing off to Babeetta.

Iyer has a new boss in the office whom he tries to impress. The boss is a Bengali married to a Tamilian, just the opposite of Iyer and Babeetta. Since he is new to the place, and seeks Iyer’s opinion on good places to eat in the area. In the hope of impressing the boss, Iyer boasts that his wife is a very good cook, who can cook most regional cuisines. On hearing this, his boss makes a request for Gujarati cuisine, since he hasn’t had authentic Gujarati cuisine ever since he left Ahmedabad. Now Iyer is in a spot since his wife has never cooked Gujarati cuisine before and with Daya not around, she doesn’t know who can help with teaching her to cook Gujarati food.

The couple then go over to Taarak Mehta’s house to see if his wife Anjali can help them with it. But Anjali is no expert in cooking, let alone Gujarati cuisine and offers to help with cook books. Just then Jethaa Lal drops by to meet his dear friend Taarak Mehta. Seeing Iyer and Babeetta’s concerned faces, he asks them what the matter is. When being told that they need help with Gujarati cuisine, Jethaa Lal brags that it is a small matter and he is an expert in Gujarati cuisine. Hearing this, Iyer and Babita are relieved and tell him that his boss is coming over for dinner the very next evening.

Jethaa Lal finds himself in a fix since he assumed that Iyer’s boss might come over after a few days and by then he will learn a few dishes by making a phone call to Daya. But with no time on hand to learn, will Jethaa Lal manage to cook a sumptuous Gujarati meal in just a day? Or will he cook up a storm again? Who is trying to cheat Jethalal? 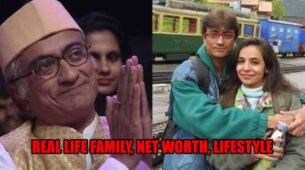