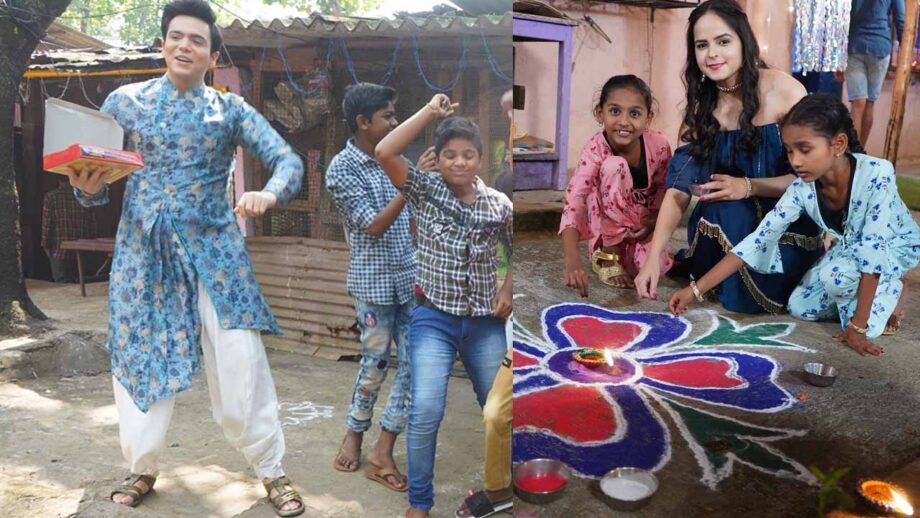 The festival of Diwali brings joy and happiness to everyone’s life. Likewise, Taarak Mehta Ka Ooltah Chashmah’s Tapu sena too decided to celebrate this Diwali with the children from a slum in Mumbai. They distributed sweets, decorated colourful rangolis,  danced and observed the festival in its truest sense. Even Champakklal accompanied the young brigade in this initiative and had a gala time with all the kids.