Colors' Kasam will have more drama this week... In the recent episodes, viewers have seen Rishi (Ssharad Malhotra) convincing Tanuja (Kratika Sengar) to come back to him. However, she is becoming adamant after suffering a lot being in a relationship with him.

We informed audience about Tanuja celebrating diwali at Bedi house.

Now, we hear that, Tanu will get injured and will stay back.

Our source shared, “In the upcoming episodes of the show, Tanuja will suffer a ligament tear after the fall and she would have to stay back at the Bedi’s House. Later, Rishi will prepare breakfast for Tanuja and would take it to her bedroom.”

Meanwhile, Abhishek (Amit Tandon) will speak to Ahaana (Aditi Sharma Ved) to get more information about Tanuja’s past. He will also reveal that he is in love with Tanuja.

Furthermore, Tanuja will scold Rishi for his unfriendly behaviour with Abhishek. Rishi would ask Tanuja if she will join him for dinner on the terrace.

We also hear that Abhishek will realize that he had told Ahaana he wants to be with Tanuja.

Will Tanuja learn about Abhishek’s real feeling for her? It would surely be interesting for the viewers to watch the upcoming episodes. 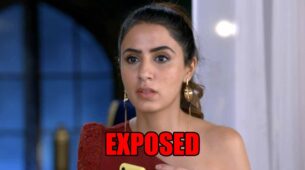