The Star Bharat show Nimki Mukhiya produced by Qissago Telefilms will see a major twist with the arrest of Babbu. The series has been gripping audience with enthralling storyline.

As per the ongoing track, Nimki (Bhumika Gurung) tried getting Sweety (Shriya Jha) and Abhimanyu (Indraneil Sengupta) married. However, her plan takes a back step as Babbu learns about the drama and he shoots Sweety which lands her in hospital.

Now, Sweety gets operated and is out of danger. However, Nimki would want justice for Sweety.

In the coming episode, Nimki will get police along with her and get Babbu (Abhishek Sharma) arrested. Babbu will get angry over Nimki. Later, Nimki will leave the house and take care of Sweety.

Meanwhile, Tettar (Vijay Kumar) will bail out Babbu with his powers.

What will happen next? Will Nimki learn about Babbu’s freedom? 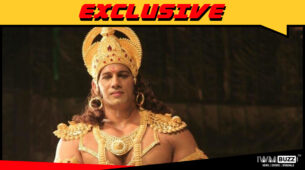