Are you ready to catch a glimpse of Vyom in his old avatar? For all the fans who have been missing the character of Vyom Bedi and his madness, he will soon be back!!

As we know, Vyom (Vikram Singh Chauhan) was never dead, and never reincarnated, unlike the other two lead characters Shiv (Namik Paul) and Sharanya (Donal Bisht).

So gear up for the real look and new avatar of Vyom after all these years!!

We hear that the makers have started working on the new look and revelation of Vyom and he will make his entry soon!!

A credible source tells us, “The best part is that Vyom in his real 70plus avatar will come in front of Krish (Namik Paul) and Radhika (Donal Bisht), but they will not notice him.”

The makers will not give Vyom a dhamakedaar entry, but he will suddenly appear before the two of them. Alas, only the audience will know of Vyom, but not Krish and Radhika.

Are you all looking forward to this?

How do you think Vikram will look in his old avatar? Drop your comments here. 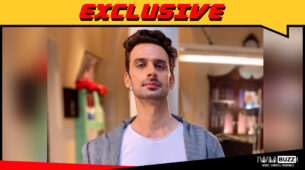