There was a time when social issues were taken very seriously. We have seen how the makers of the shows try to bring the social angle to the story to impress its fans. It was a high time back then when we used to see the increasing number of child marriages and child labor. So the makers of the Taarak Mehta Ka Ooltah Chashmah decided to come up with something creative. So here they are, with the lead character Tapu and his wife Tina’s marriage plan, get ready.

Taarak Mehta Ka Ooltah Chashmah’a Bhavya Gandhi who played the role of Tipendra Gada aka Tapu was the star back then and the way he used to make us all laugh with his style and the charm was adorable. Initially, even we didn’t get to know why is child marriage shown in the show like this but after realizing the actual reason behind it, we got one more reason to love the show.

Champaklal and Daya, both want Tapu to get married and they even had their eyes on Tina, a well-born, and brought-up girl. And they thought she is the perfect match for Tapu, so they arranged Tapu and Tina’s marriage. It was back when Tina came for the first time to Gada’s house and everyone was excited, except Jethalal as he didn’t like this concept. Before their dreams got shattered only to know that this was all a dream, check out the video below!

If you want to keep reading such interesting and curious stories of Taarak Mehta Ka Ooltah Chashmah then stay tuned with IWMBuzz.com. 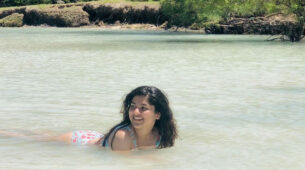