In Ishq Mein Marjawan 2 Written Update Season02 Episode 117 18th November 2020, we see that Kabir comes near the pool and tells Ridhima that she has come to know about his real plans. Then Kabir tells her his plan to take down Vansh. The episode of Ishq Mein Marjawan 2 starts with Kabir clapping and saying that finally, she (Rushing) has come to know the truth. Kabir tells her that he was planning all of it for years.

Kabir says that he was playing this game with Ridhima since day 1. Ridhima recollect their memories they spent together and asks him was his love part of his plan? Kabir says that he had to do it to take revenge with Vansh’s family as his mom was forced to love her 3 stepchildren and Kabir was away from Anupriya.

Kabir says that if she wants to expose them, then she can, as Vansh died because of Ridhima. Ridhima says that she is not scared of anyone. And she will expose them, even if she has to go down with them.

Kabir warns Ridhima that if she tries to expose him, then her family will have to face problem. 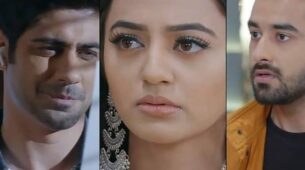 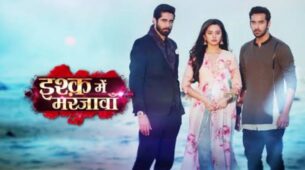