The Kapil Sharma Show 11 May episode today we see De De Pyaar De actors Ajay Devgn, Tabu and Rakul Preet grace The Kapil Sharma Show. In a chat with Kapil and his team, the actors speak at length about their time in the industry and also share some interesting insights.

Action star Ajay Devgn reveals that he gets claustrophobic in a lift. He shares that during the shoot of Ram Gopal Varma’s Bhoot, he would climb 28 floors through the month long schedule to avoid elevators. Giving the reasons for the same he reveals that once the lift he was in, malfunctioned, and he dropped down from the fourth floor to the ground floor in an instant. He was also stuck in the lift for almost an hour. Ajay shares that he was so affected by the incident that he even changed the doors of his house lift and got transparent doors.

Kapil Sharma discusses how Ajay Devgn and Akshay Kumar usually have multiple films in a year while the Khans stick to just one. To this Ajay says that in the 90s, Akshay and him used to almost shoot 10 films in a year. Being Punjabis, they would eat a lot of desi food and be quite high on stamina. He also shares the smart strategy that helped him shoot easily. Ajay reveals that he used to wear the same pair of jeans and only change his shirts for the different shoots.

As Ajay and Kapil start pulling Tabu’s leg, she shares that it’s because of her friendship with Ajay that she is still single. She reveals she always used to hang out with Ajay and his gang, and because of them, no guy ever came close to her. Ajay gets back stating that she should rather thank him for that as she is happy rather than being married.

On the show, Ajay reveals that it’s only because of his father that he is an actor. He shares that he wanted to explore his opportunities in the field of filmmaking and stunts but his father was adamant that he would only work towards being an actor. Kapil thanks Ajay’s father (Veeru Devgn), for if it wasn’t for his decision, the world wouldn’t have found such a talented actor. The written update of 11 May 2019 The Kapil Sharma Show episode full story ends here.

ALSO READ: Student Of The Year 2 Cast is here! 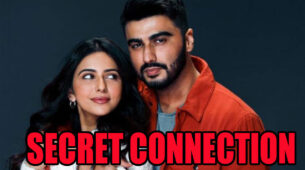 [Sunset, pool and this fool] Rakul Preet Singh's sexy beach getaway at Maldives with somebody 'special'