In The Kapil Sharma Show Written update, 25th October 2020, we see some fun conversation with Nora and Guru. In The Kapil Sharma Show, Kapil Sharma welcomes the very talented singer, Guru Randhawa and supremely talented Nora Fatehi. Kapil asks Nora that she work in lots of films so what does she think about working in his web series, Nora says that the casting is already done, Kapil replies that he will change it and if the director won’t accept it then he will replace the director also. Guru shares his story about ‘Lahore’ song. Guru sings two lines for Nora; Nora says that she did not understand and asks Kapil to translate it.

Later Guru sings BAN JA TU MERI RANI and Kapil sings ROOP TERA MASTANA dedicating Nora. Kapil asks Guru that he is a very talented singer, yet he never heard any affairs about him. Bachcha Yadav says he does not have any lover (Saki)and if Nora won’t come in his life then, she will regret (Bada Pachtaoge), Bachcha Yadav gets on his knees and asks Nora will she give him Rs 100. Later he says that he can not impress a beautiful girl like Nora, at least in that 100 rupees he can eat 10 vada pavs. Bachcha Yadav says Oh Lord! Why you made me so cute if he can not give me a Lover. 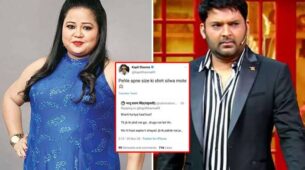 CONGRATULATIONS: Nora Fatehi has a new reason to celebrate 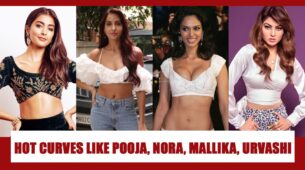 Take A Look At The Killer Dance Moves Of Nora Fatehi 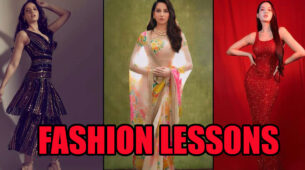