Rohit Shetty explains this under water stunt to the performers Karan and Balraj. Karan goes in first as he overcomes his fear for underwater stunt. He completes the stunt. Later, we see how Balraj finds it very difficult to perform underwater where he tries his best and he is not ready to give up on the stunt at this stage of the show and as he gives his best, he finally completes the stunt. The results tell us that there is only a difference of 6 seconds as Karan beats Balraj. The finalists move on to the final location of the season for the final stunt.

Next, we see the contestants in the studio, as Karan Patel and Rithvik Dhanjani get ready for a rap battle, next battle is between Dharmesh and Karan Wahi, next turn is the battle between Jasmin Bhasin and Tejasswi Prakash and also some fun with Harsh Limbachiya.

Now, it is time for the final and decider stunt which will lead to the winner of our favourite show Khatron Ke Khiladi. Rohit Shetty explains the thriller Finale Stunt. This stunt involves a car running on the slope towards the water. A jet-ski, a car hanging on a chopper and a blast to end the stunt. With all the thrill involved in this stunt, it is really amazing to see who does the best to win the trophy and limitless Maruti Suzuki. According to the qualifications, the series of performers is decided. Karan being the last to qualify goes in first to perform and completes the stunt. Dharmesh goes in next and also completes the stunt. Will Karishma be able to beat the boys and be the winner? She completes the stunt and the results soon tell us who made it quick and won the show.

The contestants bid goodbye to Bulgaria and we see them at the Mumbai studio. Here, Rohit Shetty declares that Dharmesh was the slowest to complete the stunt and is out of the race. Rohit also tells that the difference of timing between Karan and Karishma is only of 8 seconds. Rohit Shetty has some fun with Karan and Karishma as he tries to stall the result. Finally, he declares Karishma to be the winner of the show.

Karishma is now he owner of Maruti Suzuki and 30 lakh cash prize. Congratulations to Karishma Tanna for winning the show.

Stay tuned to IWMBuzz.com as we will see the previous season champions compete among each other from the next weekend as we will bring you the written update of the brand new show, Khatron Ke Khiladi: Made In India. 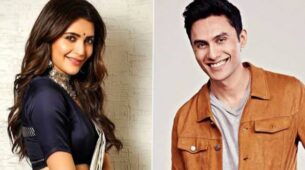 Wow: Bandish Bandit star Ritvik Bhowmik all set to get romantic with Karishma Tanna for his next music video Karishma Tanna VS Krystle D'Souza In Black And White Polka Dot One-Piece: Who Wore It Better? 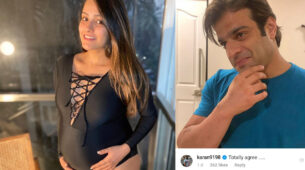 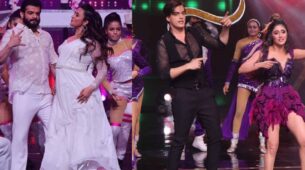