In Kumkum Bhagya Written Update, Episode 1696 24th October 2020, we see that Pandit Ji informs Sarita and Pragya that the day will be very heavy for her daughter. Ranbir is worried about how to tell Prachi's mom that his parents are against the alliance. 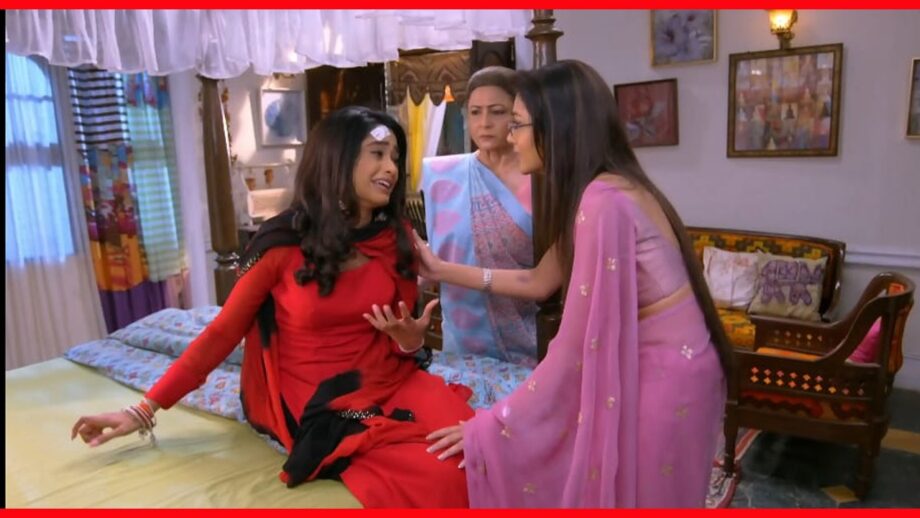 The Episode starts with Sarita and Pragya going to meet Pandit Ji. Sarita asks Pandit Ji to tell them about the marriage offer. Pandit Ji asks them not to talk about the alliance. Sarita says that the groom’s family will be giving the Shagun today. Pragya feels the alliance is not good, on that Pandit Ji says that the day will be very heavy on her daughter. Later Prachi hugs Pragya and informs her that Rhea attempted to commit suicide. Pragya is shocked and says that Rhea has her family with her and they will not let anything happen to her.

Aaliya has a conversation with someone and says that she got information about the fake medicines being made in their company and that anytime it can be raided. Dimple mentions that Rhea slapped Prachi and also called her Behen Ji and Prachi took revenge by snatching Ranbir and Abhi from her.

Prachi is worried about Rhea. Pallavi asks Vikram to warn Ranbir not to talk to Prachi, on that Ranbir says he loves Prachi and he will decide with whom he wants to live. Pallavi falls unconscious, Ranbir takes Pallavi home and thinks how he will inform Prachi’s mom that his parents are against the alliance. Pragya calls Tai Ji on a landline.