In Naagin season 4 written episode 21st March 2020 episode Dev and Brinda have a romantic moment. Brinda tells Lily that her secret is safe. During Shalakha’s Mu Dikhai, Brinda gets angry as her pregnancy topic comes up. Lily reveals to the family about her baby. 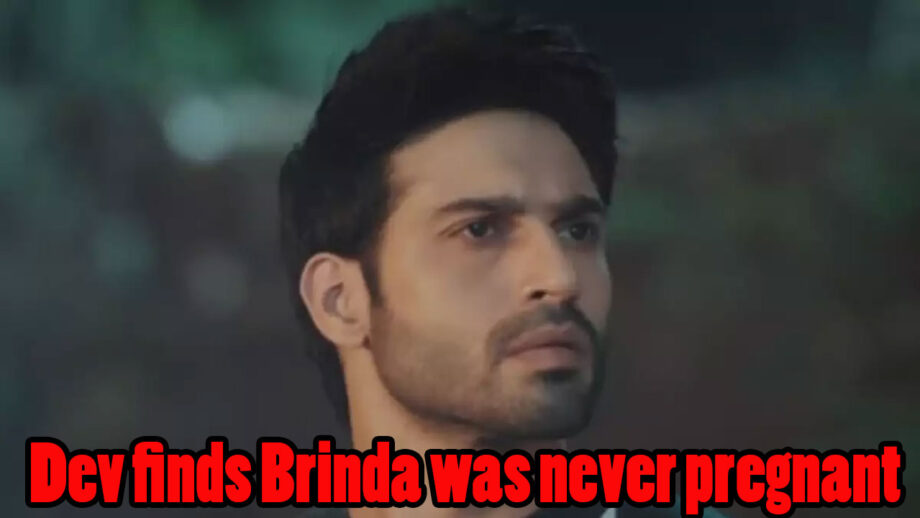 The episode begins with Brinda swearing to destroy the Parikh family. Dev breaks the washroom door and asks Brinda about the earing found near the water tap where Harsh was found. She says it must have fallen there when she came out of the tap. He blames her for leaving him and coming back for money and they argue. Milly tells about Harsh being dead and Brinda recalls killing Madhav and Harsh. Dev gets close to Brinda and they recall their moments together. Brinda asks him if he does all this with Shalakha as well. He asks her if he missed him. Just then Shalakha comes in the room and Dev gets embarrassed and goes to the washroom. Brinda and Shalakha ask each other what she is doing here and Brinda grabs Shalakha by her throat and throws her. Shalakha thinks that what she wanted Brinda to do.

Dev asks who was shouting and Brinda says Shalakha was shouting after seeing them together. Dev says he won’t let her succeed and he can’t stand her. Shalakha tells Iravati and Vrushali that she is arranging Mu Dikhai as its one week after Harsh’s death. Brinda goes to Lilly’s room and gives her some pictures. She asks her not to be sad and assures her that her secret is safe. Vishakha hears it and wonders what secret is it. Baa tells Dev to tell Brinda not to come down for Shalakha’s Mu Dikhai. Brinda sees guests and asks Dev and he tells its Shalkha’s Mu Dikhai. Dev tries to stop her but she escapes. The ritual starts and the women tell Shalkha that she should give Baa her first grandson. She says it would be second as Brinda was pregnant once. Brinda gets angry and says since Dev’s first wife is here, the marriage is illegal. Dev asks Akash to take guests away.

Brinda gets angry and Lily asks her how they got to know about the baby. As Shalakha and Dev discuss the baby, Mahesh comes with a baby and says Brinda called him. Everybody badmouths Brinda and Lily unable to bear it says it’s her baby and everybody gets shocked. Dev recalls Brinda’s words about fixing everything. Lily reveals she was pregnant from her boyfriend Pratik and he left her after knowing about her pregnancy. She says Brinda supported her and went abroad for her delivery and Brinda took care of the baby after she returned. Baa hugs Brinda and Dev recalls everybody bashing Brinda. Akash asks Lily to take the baby inside.