Nach Baliye 9 07 September 2019 Written Update of today’s episode we see all the fun and entertainment with a dance of 4 jodis today of the show. Today’s episode of 07 September 2019 Nach Baliye begins with all the jodis walking on the stage revealing their costumes as the theme of the week is Ulta Pulta. As a result of which the participants have crossdressed. Show host Manish Paul kickstarts the fun by starting to flirt with Prince, who is wearing a pink dress. Prince and Yuvika are also the first Jodi to perform. Prince Narula becomes Miss Braganza, Yuvika Chaudhary dons Mr. Malhotra’s get up from the movie Kuch Kuch Hota Hai. They shake a leg on the song Gandi Baat and the judges are blown away. Both the judges Raveena and Ahmed give the Jodi a Hi5.

After this Waluscha De Sousa brings on stage Dream Girl stars Ayushmann Khurrana and Nushrat Bharucha. The two actors dance on Dhagala Lagli Kala. Ayushmann also does a Pooja’s voice leaving Raveena stunned. Next up, Manish brings Shantanu to the stage. Nityami Shirke and Shantanu Maheshwari, are dressed up as Ahmed and Raveena, respectively. They dance Mera wala dance. Soon Ahmed, Raveena, Ayushmann, and Nushrat join Shantanu and Nityami on the stage. Everyone then dances on Dhating Naach. Raveena raves Shantanu’s performance by calling him too good today. Ayushmann also asks the judges to groove on Tip Tip Barsa Paani. Raveena then mentions that Nushrat should become Akshay Kumar and Ayushmann and Ahmed should be Raveena. The team of Dream Girl gives a Hi5 to Shantanu and Nityami.

Next, Ayushmann then challenges Manish to have a face off with Ahmed. Ayushmann challenges them to dance on the song Ring Ring from the movie Dream Girl. Next up, Saurabh Raj Jain and his better half Ridhimma Jain dance to the song Badtameez Dil and give a hilarious performance. They even get a standing ovation from show judge Raveena and get an average score of 90%.

Manish next asks Ayushmann and Ahmed to wear heels and dance. Nushrat is asked to judge the act, however, she replies that the only Dream Girl of Nach is Raveena.

Since Faizal Khan has been hospitalised, Muskaan Kataria performs alone, without her partner. Muskaan gives an emotional performance, a tribute to the jodi’s journey in Nach Baliye so far. The act not only leaves the judges in tears, but even other jodis reach out to Muskaan comfort her.

Keeping the fun quotient on, Manish calls Ayushmann on the stage and asks him to climb on Prince’s back, just like he did in his film Dum Laga Ke Haisha. The actor agrees to do it only on one condition if Manish takes Ahmed on a piggyback ride. Soon Ayushmann and Nushrat exit the stage. The written Update of 05 September 2019 ends here. 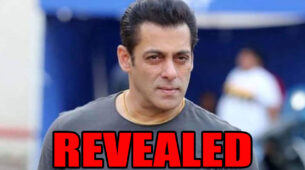 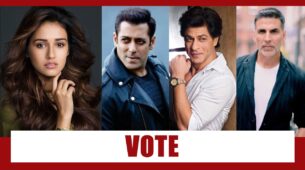 Salman Khan To Be Paid A Lot Less For Tiger 4