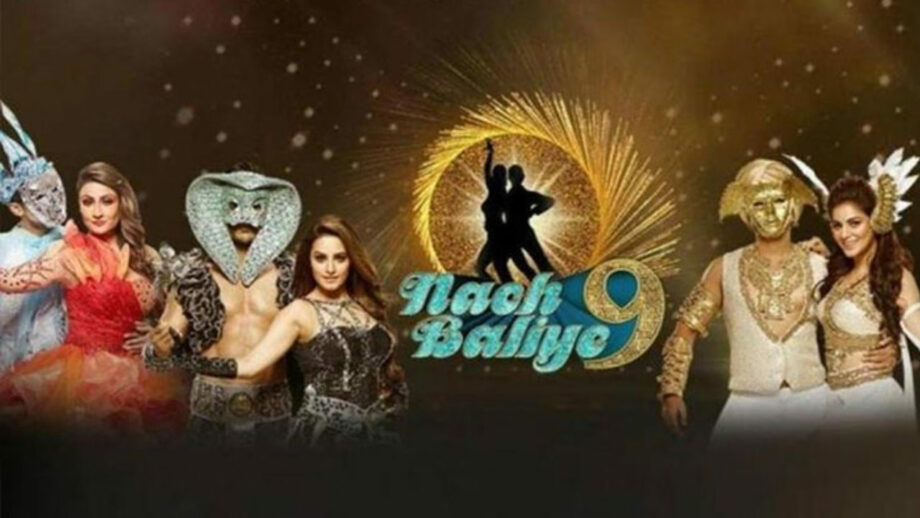 Today’s Nach Baliye 9 Written Update 11 August began with Manish callimg Shantanu and Nityami for their performance. Jodi. No. 9 Shantanu and Nityami performed on the song Paagal Hai from Badshah’s album. Raveena commented Nityami had done a fantastic job. They got a Hi5 and 100/100. Sunita said they both looked cute together, very nice pair. Govinda said he felt she won’t be able to do it, but she had done it well, too good. Jodi. No. 2 Babita and Vivek performed on the song Sadda Haq from the movie Rockstar.

Sunita said she heard he got Hi5 in last two acts, too good. Govinda said they both were wrestlers, he didn’t think they will dance like this, he had liked the act a lot, and they expressed a lot without words. Ahmed said the make up artist had done a good work, there was a big mistake, if anyone entered they house, they would surely object, it was nice. Raveena said Babita, as a woman, it needed courage to get this make up and act so convincing. Raveena gave 95, Ahmed gave 86. Average was 90.5/100. Jodi. No. Shraddha Arya and Alam Makkar performed on the song Aashiyana mera from the movie Bajrangi Bhaijaan. Govinda commented they both were beautiful and this act was beautiful, it was very lovely, he liked it.

Ahmed said very difficult concept, overall the expressions were so good. Raveena said she can’t believe that Alam was dancing so well, get married so that they celebrated this soon, God bless them both. Raveena gave 89, Ahmed gave 79. Average was 84/100. Raveena asked for a dance face off. She called Faisal and Shantanu for the competition. Shantanu and Faisal showcased their talents in the face off. They performed on Govinda’s medley songs. Jodi. No. 7 Anita and Rohit performed a silent act. Nature music played. The same act played with music on. Song Pal Do Pal from the movie Ek Villain plays. Govinda said act would be good with music. He felt it was very good. He can’t say anything on this matter, they were too good.

Sunita said It was too touchy, emotional act. Ahmed was Speechless. Raveena said that they had jaundice and still did the fan lift, they looked totally in love. They got a Hi5. Scores were 100/100.

Jodi No. 3. Urvashi and Anuj performed on the song Ye haseen wadiyaan from the movie Roja. Their Average was 90.5. Jodi. No. 4 Vindu Dara Singh and Dina performed on the song Niche Phoolon ki dukaan from the movie Joru Ka Ghulam. Their The average was 80/100. Vindu and Dina’s journey on Nach Baliye 9 ended. Actors of Sanjeevani made a guest appearance. Unsafe Jodis were Urvashi and Anuj, Babita and Vivek, Faisal and Muskaan, Saurabh and Riddhima, Shraddha and Alam, Prince and Yuvika. The written update of 26 July 2019 Nach Baliye 9 episode full story ends here.