The episode starts with Champak chacha chiding Bhide for scolding his wife for all small reasons. Later he scolds Mehta and tells him that he did not expect such behavior from him and he is very disappointed. Iyer wants to leave Mumbai and stay in a village and work there in field. Jethalal says that Babitaji will find it difficult to work in field.

Iyer says he is not leaving now. Champak chacha explains everyone and makes all realize their mistakes. Everyone apologies. Later Mehta sings and cleans his bookshelf. They recollect the memories of past Navratri celebration in their society. Later even Iyer and Babita also recollect the Navratri memories. Bhide is sleeping. Madhavi slightly touches hot cup of tea with his hand. Bhide screams. Abdul enters. Abdul gets scared. Later Bhide and Abdul are thinking whether they will celebrate Navratri or no. Madhavi says Navratri is important. Bhide plans a meeting. Where the meeting will be held? Bhide and Abdul recollect the memories of Club House and Masala Soda. Meeting decided. Meeting will be held from everyone’s balcony. Abdul will inform all the members.

PRECAP: Everyone is waiting for Bhide to start the meeting, but he’s late. All the new kurta he was trying were not in proper state. 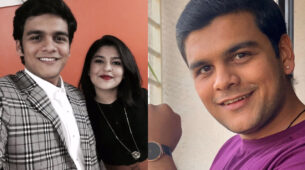 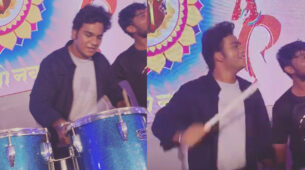