Yeh Hai Mohabbatein 14 June 2019 Written Update of today’s episode we see how Shaina pleads Shamshad to help her and he agrees. 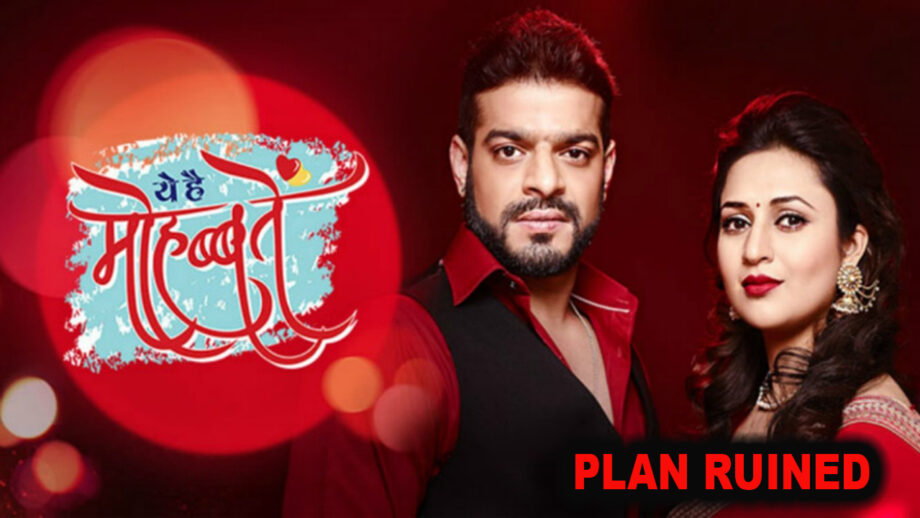 Today’s Yeh Hai Mohabbatein 14 June episode begins with Shaina saying she is Sahil’s wife. Ishita (Divyanak Tripathi) said if she was don’s wife, why she will stay there as house help. Shaina said she is dead for him, she explained he was just a goon before marriage and would do illegal things under her name.

FB showed Sahil coming home and showing money to Shaina. She got shocked. She asked how he got that. He said to keep it, it came from a business he started on her name. She said she doesn’t want this money. He said think again. He left. FB ended.

Mihika asked why she didn’t go to police. Shaina said it wasn’t easy, she decided to get separated from Sahil, and she paid a big price for it. She removed her saree pallu and showed the burn marks on her face and neck. They got shocked. She said he tried to kill her alive. She recalled burning in fire and shouting for help.

She said Sahil didn’t know that she got saved, she changed her name. She decided to Ishita by leaving Manish’s mom’s number. Ishita said she had a doubt on her. Raman said they can’t take the risk but Shaina got ready to help them. Ishita denied her help. She asked them to take her to the commissioner to give her statement. Raman assured her that no harm will come her way and she said she was doing it for herself.

Amma and Neha were on the way. Amma said they should go to temple and pray. They came home. They saw Shaina going in the car. Neha said Hetal was with Raman and Ishita. Amma said Hetal was from NGO, maybe some formality. Neha said right. Simmi hoped this plan worked. Yug said Neha shouldn’t know this. Simmi thought she can take them to police once this Sahil’s matter ends. Neha got prasad and asked Simmi to go to temple also.

Aaliya thanked her. Amma shouted that her leg was paining a lot. She signalled Mihika. Mihika said she doesn’t care of yourself, why she went to the temple. She asked Neha why she took Amma. Neha said she didn’t know about it. Mihika said she will do a massage, Neha will do it, being a physiologist, she will know it well.

Yug said he will help Amma. Neha said she will do it. Yug can help her. Yug agreed. They took Amma. Yug got a call and asked Ruhi to take Amma. He turned to Aaliya. She thanked God, she was gone and hoped Hetal gave statement. Karan said they won’t let anything happen to Neha, maybe Raman needed them. Ruhi said she will come along. Karan asked Yug to stay at home.

Shaina gave her statement to commissioner. Sahil said how did Raman and Ishita reached Padma Thakur, she helped them. He asked Munna to get Padma. Shaina said they have to arrest Sahil. Commissioner said no use, Shamshad and Manish took the blame, and they will be called a setup. Shaina said call Shamshad once, he will change his mind. Commissioner said he will give you a chance. Munna came. Sahil asked where Padma was. Munna said Padma left the house in a hurry. Sahil said Padma could have told him, who was trying to harm him and keep an eye on Bhalla house again. Sahil called constable and said he served him a lot in jail and he had some work. He told him to get information on Raman and Ishita. The constable told on Sahil.

Ishita said it meant Hetal wasn’t safe. Commissioner said to relax, this was his plan, and constable won Sahil’s trust and now Sahil was trapped in their plan. Constable said Sahil wanted to know who was helping Raman and Ishita. Shamshad came and asked what they wanted. Shaina asked how he was doing. He got shocked to see Shaina Bhabhi alive.

Ruhi said Hetal’s statement should be strong, Sahil should go back. Karan agreed. Ruhi said now he won’t have a reason to stay at Amma’s place. He stopped the car and asked why. She said he was staying there to take revenge on Sahil and support her family, now Sahil will go jail and they will be out of danger. He said he had another big reason. She asked what. They smiled. She got Yug’s call and said they didn’t reach commissioner’s office yet. Karan asked her to answer him. Ruhi said she was thinking about Sahil. He said then they will talk later about this. Shaina said she is alive. Shamshad said how that was possible, Sahil said she was dead; he cried a lot on her death, was this Raman and Ishita’s plan. Shaina said no and that she had called them here, so that she can show him Sahil’s true face, it was Sahil’s drama.

He said he loved her a lot. She said he had burnt her. He said she was lying. She showed the burn marks. He got shocked. She said he tried to burn her alive, he was a devil, Lord saved her. He said Sahil said she met with an accident. She said he lied. Sahil wanted revenge for Muskaan’s death, Muskaan dealt with drugs, he left him and Manish there, she told Ishita about Padma, Manish took blame on himself. She pleaded Shamshad to help her and help the family that took her in. Shamshad agreed to become witness in court against Sahil. The written update of 14 June 2019 Yeh Hai Mohabbatein episode full story ends here.

In the upcoming episode of Yeh Hai Mohabbatein, watch Ishita trying to connect dots between bank robbery, Neha and Yug and Mihika accuses Neha of stealing her ring. Stay tuned!

Read More Sahil out of the jail