In today’s episode of Yeh Rishta Kya Kehlata Hai 23 April 2019, Suhasini stops Kartik and Naira from exposing Puru but shocks everyone when suddenly she ends up asking Naira to reveal the truth. 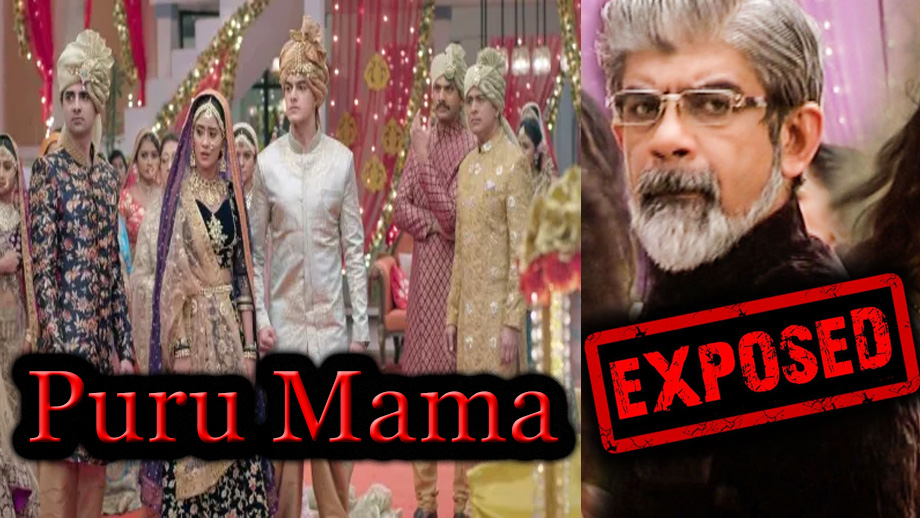 Today’s Yeh Rishta Kya Kehlata Hai 23 April episode begins with Rukmani questioning Suhasini and the others present if there is anything they have been hiding but Suhasini swiftly covers it up with a lie. Naira (Shivangi Joshi) and Kartik (Mohsin Khan) feel disappointed as Suhasini stopped them from exposing Puru. Kartik states that after the wedding we will file a complaint against Puru.

Puru (Rituraj Singh) feels happy for his success as Suhasini took his side. Suddenly, Suhasini comes to Puru and pulls off his turban. She states that a person of his personality doesn’t deserve to bear the pride of turban. Everybody gets shocked.

Suhasini asks Naira and Kartik to step up and reveal Puru’s lecherous actions.

Naira reveals everything concerning Mansi’s past in front of the family members. Suhasini hands over the video recording to Naira. Naira plays the clipping. Naira says he even tried to molest her. Kartik attacks Puru. Manish adds that we will get Puru arrested. Naira slaps Puru and says that truth always comes out.

The cops head to take Puru along with them. Ila refuses to trust Puru and curses him for disrespecting women and moves on to say that she disowns him from now on. She apologizes to Naira and Ila praises Kartik for having supported Naira through it all. The written update of 23 April 2019 Yeh Rishta Kya Kehlata Hai episode full story ends here.