In Yeh Rishtey Hain Pyaar Ke written update 3rd March 2020 episode a drugged Abir gets romantic with Mishti while the family awaits them for pooja. As they reach late, Kuhu and Kunal perform the pooja and Mishti tries to find the reason for Abir’s condition. 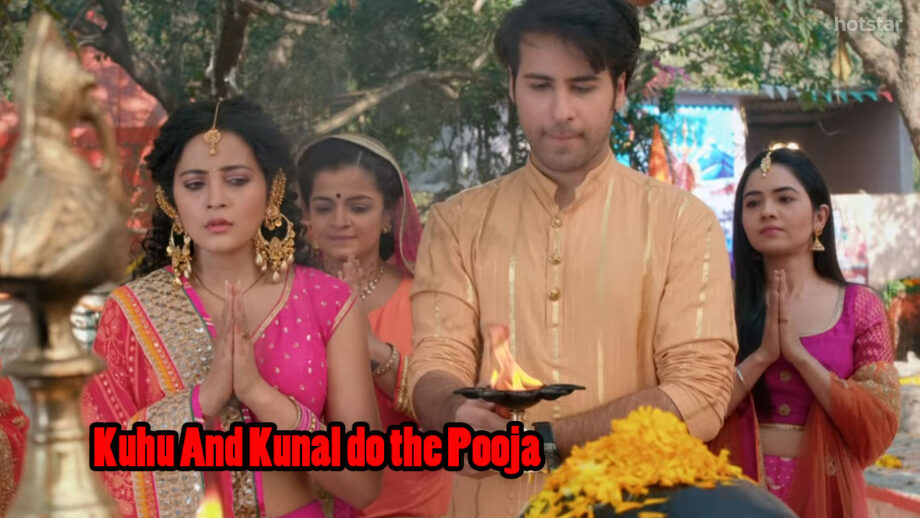 The episode begins with the doctor examining Abir and doubts whether somebody spiked his coffee. The doctor injects Abir and takes his blood sample to find the cause of his condition. Abir wakes up and they start getting ready. Meanwhile, Kunal comes home to find Abir and Jugnu lies that Abir left to get a special garland. Kuhu calls Kunal to help in decorations. Back home, Abir is unable to stand properly and gets romantic with Mishti and helps her wear mangalsutra. Mishti also asks him what excuse are they going to tell the family. Jugnu gets an auto for Abir and Mishti and they leave towards the temple.

At the temple, Jasmeet tries to taunt Meenakshi about Mishti getting late and maybe she got drunk at a party she was invited in. Rajashri and Varsha tell Jasmeet that she doesn’t drink and Meenakshi also tells that her son never drinks. Meanwhile, the time for pooja is near and Jasmeet says that if Mishti and Abir don’t come on time Kunal and Kuhu can do pooja. Meenakshi asks the families to wait until Abir reaches as he is the son of the family and Vishambhar agrees. As its time for the pooja, the elders in the family ask Kunal and Kuhu to start the pooja as it can’t be delayed. Just when the pooja starts Abir and Mishti reach there but Abir doesn’t feel good. Everybody asks them why they got late to which Mishti tells she took a painkiller and that resulted in getting late. The pandit asks them if they have had alcohol they can’t perform the pooja. Mishti is unsure what Abir had and so lies to the family that she is not able to stand, so they will attend the pooja from behind. Kuhu thinks maybe Mishti found out about spiked coffee and Meenakshi is left thinking as both of them didn’t fight as she had expected.

Kunal and Kuhu perform the pooja and while Abir and Mishti sit outside. Mishti tries to console Abir as he couldn’t perform the pooja. Abir and Mishti go and distribute the prasad among the poor people and say that this is the real pooja. Abir’s head starts aching and so Mishti goes to get water for him while he sits there. Meenakshi takes Kuhu and asks her did Mishti stop Abir from doing pooja to which she says I can’t answer for her, but she does what she wants. Meenakshi says okay. Mishti hears this conversation and thinks did Kuhu actually do this.